What do you choose to listen to when you are able to? How did you come to your musical tastes? Can you tell the story of your musical life? I’d like to tell you mine.

MUSIC MANIFESTS IN MY LIFE

With very little in the way of media opportunities, the simple songs and recitations of childhood were a common recreation for my family. The Catholic school I attended for eight years had absolutely no music education, and we didn’t even sing in church except occasionally in Latin. Cartoons provided some listening opportunities in a variety of styles I wouldn’t have otherwise been exposed to. At ten years old (1959) I began guitar lessons for two years and subsequently taught myself music from whatever source I could find. My interest in guitar and singing eventually re-kindled my family’s interest especially on my mother’s side. Family parties became an excuse for my Aunts to trot out old songs that my grandmother used to sing. At street parties the neighbors would try out That Old Gang of Mine and other old time hits, all to my accompaniment.

As a freshman in high school in 1963/64 I heard the Beatles on the radio and began to realize that other kids listened to records and shared or argued about personal musical tastes. Here was the musical sub-culture of my “peers” and I wasn’t part of it. I didn’t know anything about it. No one knew or liked my music. Even though I was the musician, I was the weird outsider.

I remember that my family got an old record player sometime in the early sixties. We had the sound track to The Sound of Music, and two 78s: The Man on the Flapping Try Peas, by Spike Jones and Alexander’s Ragtime Band. I learned to play from these sources and from books, but I kept my music to myself. I played everything from Hang on Sloopy to Sam the Old Accordion Man, and from Love’s Old Sweet Song, to Ma Creole Belle.

When High school musicals came along I tried out and learned that there was more than one teen musical sub-culture. I found I could accompany people singing show-tunes, California Dreamin’ and other late sixties hits with no problem at post-production parties. Always the musical outsider, through helping others with their music I found a new role as the self-effacing accompanist.

In college, I majored in music through the back door and with no training. That’s a story for another time. Some time during college I started to perform the music that I enjoy. I was still the outsider with most folks, but with performance I had permission to make my own music in front of others. Eventually this led to sharing in real musical relationships with people who have similar values and skills, and these relationships have extended over years and around the world. This is something that many people never find, and I know I am lucky, but at the strangest times I still unexpectedly slip into the self-conscious outsider or the self-effacing accompanist, or the lonely performer.

MUSIC AS IT MANIFESTS IN COMTEMPORARY LIVES

I’ve told you the story of my personal musical history in order to spur you on to thinking of your own story. Personal stories are important and one of our most important tools for change and mutual understanding. The history of my relationship with music is probably quite different than yours or your children. For the last 26 years I have been trying to understand the musical lives of my students. I would like to ask you to look at how music manifests in the lives of you and your family, informed by the perspective of your own story. Many things about the contemporary scene worry me.

What I see is a loss of traditional, family-based music. This is the stuff that is the foundation of culture and education. To a degree, children’s tapes and CD’s, many of which are sound traditional performances, have replaced this. The marketing of traditional music exclusively to children, however, inadvertent supports the modern notion that traditional music is exclusively for children. Older children and adults are just too sophisticated.

Another thing that has become apparent to me is the intensity of marketing efforts to our children. It should be seen as an assault on their development. I was 13 years old before I felt pressure to conform to the limits that the market placed on my peers. When I started teaching in 1974, the kids didn’t begin falling to the pressure until early seventh grade. Through the years the assault has been directed at younger and younger children. The last few years kids have been falling in the second and third grade, and the competition for childrens’ minds and parents’ money even extends, however perversely, to nursery children and younger.

Once people fall to the pressure to conform to the limited choices that the market wants to sell them, several things often happen.

If my music seems unsophisticated to you, then thanks, I’m glad you noticed. I like to think of myself as differently sophisticated. 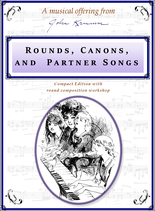 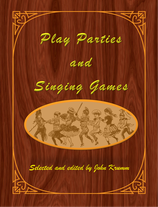 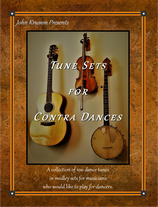 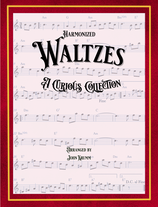